Our first stop abroad was Scotland. It is always been on my list of places to see after reading the Outlander and Harry Potter series, but I didn’t really think we would make it here so soon. We decided to skip the big cities and go to some of the smaller villages. We ended up in three very different areas in Scotland - the Highlands, Inverness and the Isle of Skye. We had most of our accommodations booked before we arrived but left two days at the end to decide where we wanted to finish our stay in Scotland. You can throw a stone in any direction and hit a bed and breakfast in Scotland, but we don’t really fit the profile for B&B stays so we ended up in some Airbnbs and a hostel. We will give you a little information about our each of our accommodations at the beginning of each section along with a link and pictures if we have any. We can quickly summarize Scotland in three words – hiking, sheep, and castles!

Accommodations:
AirBnb Rental - Very cute cottage just outside of  the town of Aberfeldy that was surrounded by sheep and horses. You could even see a house owned by JK Rowling in the distance.


What we did in the Highlands:
Our first stop would be the highlands. We were pretty jetlagged when we arrived so we drove straight to the town of Aberfeldy from the Edinburgh airport. After our first Scottish breakfast and lots of yawns we checked into our rental and fell asleep.  We knew that Scotland would be a little pricey because of the exchange rate from the pound to the dollar so we immediately found the local grocery store called – COOP and were really surprised at how many cool things they had and that the prices were very reasonable. We loved it so much we bought almost all of our meals from the Coop and ate out just a few times during our entire visit. We did some hiking and found our first castle to visit. 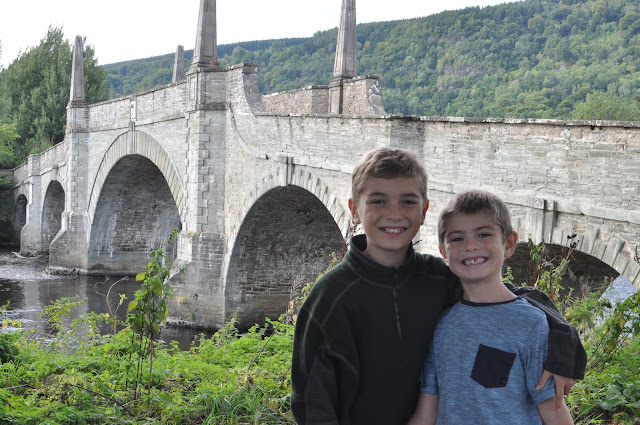 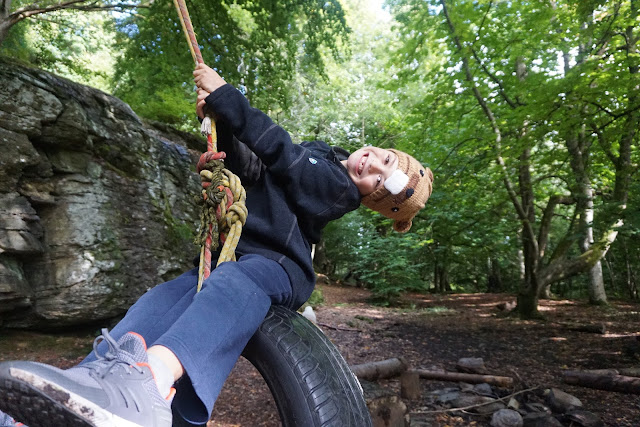 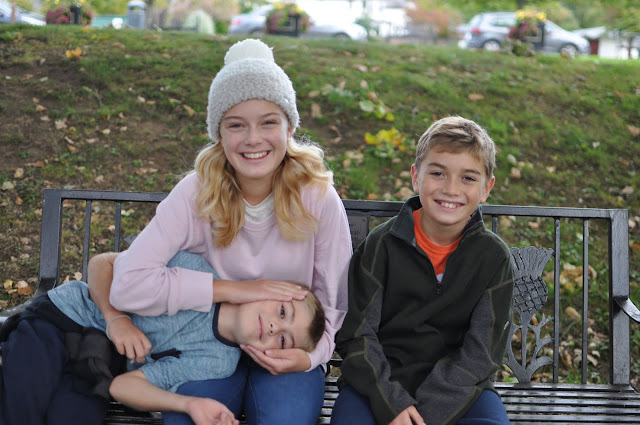 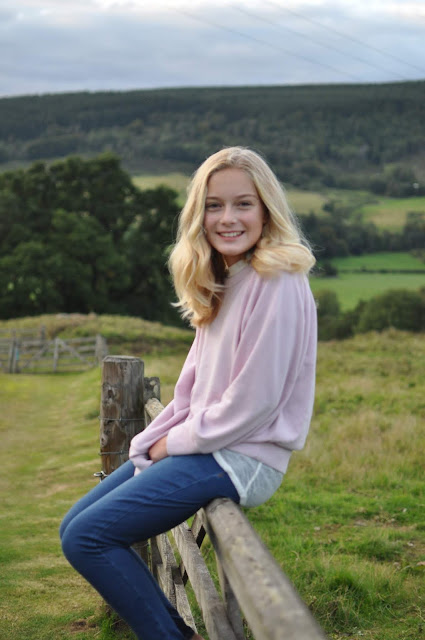 We lucked out made it to the Highlands for one of the last Highland Games of the Summer. We arrived in the town of Pitlochry and as soon as we pulled into the parking lot we could hear the bagpipes playing and everyone walking around in kilts. This was a really fun day and we were probably the only tourists at the games. They had bagpipes, hammer throws, tug-o-war, dancing, track and field and bike races. They also had charity games, kid games and a lot of food. After the games we walked around the town and had dinner at the local pub. 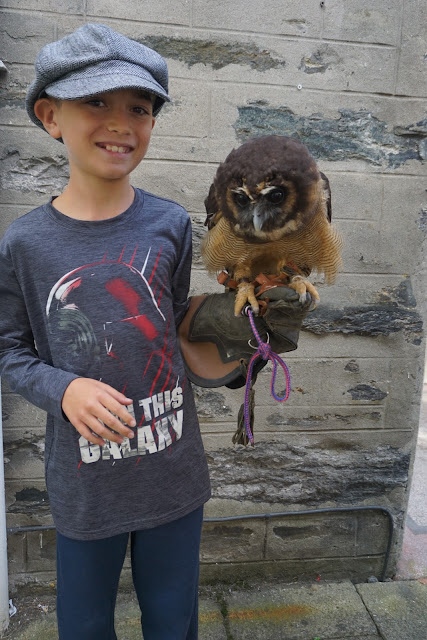 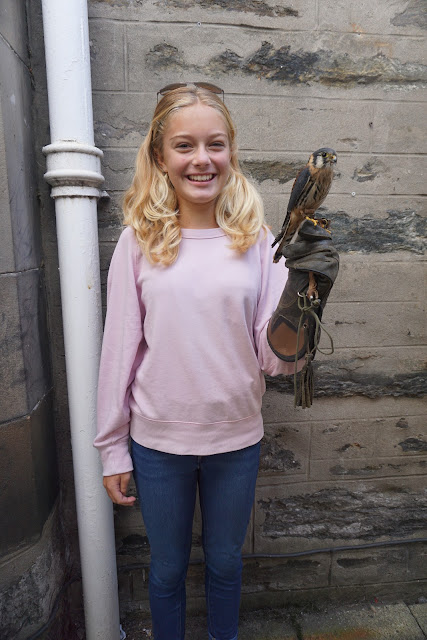 When we left Aberfeldy we drove through Cairngorms National Park and stopped in the town of Aviemore for an afternoon of mountain biking. It wasn’t extreme mountain biking, but it was the first trail that the kids have ever biked on a trail that was bumpy and not paved. It rained while we were biking, so we were pretty muddy when we returned.

Accommodations:
Airbnb Rental - Typical small family townhouse in a small town called Evanton. They did have a great movie selection so we (Dan and I) were keen to watch Braveheart since we were in Scotland. I didn't get any pictures of this rental.

What we did in Inverness/Loch Ness:
Our next stop would be Evanton which is located just outside of the town of Inverness. The kids wanted to see Loch Ness and take a look to see if they could spot the monster so we decided to stay here for a couple of nights. This area was not really our favorite stop in Scotland. The Loch was pretty and we visited Urquhart Castle along the lake but it was so busy with tour buses we did not stay long. On the way back to our apartment we did find a very cool hiking trail that had some treehouses long the trail. 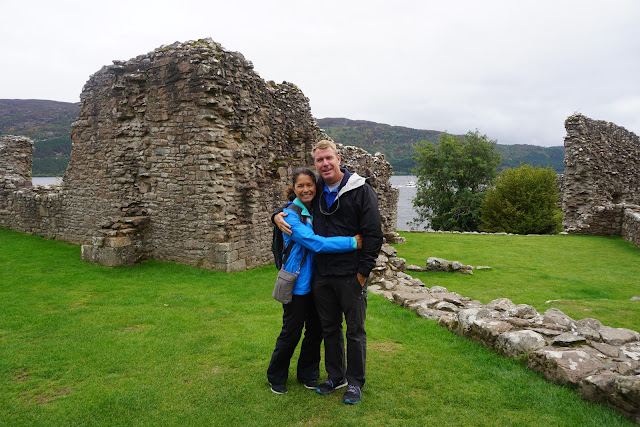 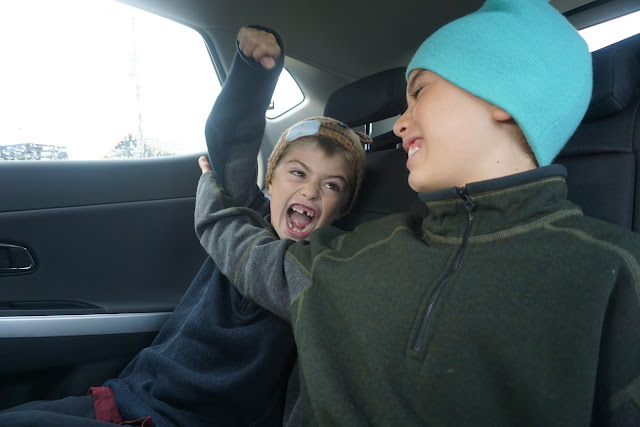 Accommodations:
The Cow Shed Boutique Hostel. This was our first hostel stay and the kids loved it! We rented out an entire room of 6 cool bunk beds so that we could have it to ourselves. The kitchen was HUGE and they even had retro arcade games that the boys enjoyed. After the pictures of the hostel you can read about how we ended up here!


What we did in the Isle of Skye:
Now we come to the part of our trip that we did not have planned. After some research and a family vote while we were in Inverness we decided to make the long drive out to the Isle of Skye. It was supposed to be one of the most spectacular areas of Scotland but the catch was that it would cause us to have two very long days of driving. After lots of discussion we decided to go for it! We are happy to report that it was definitely worth the drive. It was so beautiful we wish we had more time to spend. Jack even recognized the area as Giant Land from the BFG movie and we looked it up and sure enough that is where it was filmed.

The first day we stopped at Old Man Storr, Kilt Rock and the Quiraing before reaching our hostel in Uig. We were very surprised to have really strong winds and we didn’t realize that it was the remnants of one of the hurricanes from the Atlantic. You can run from the storms but you can't hide! 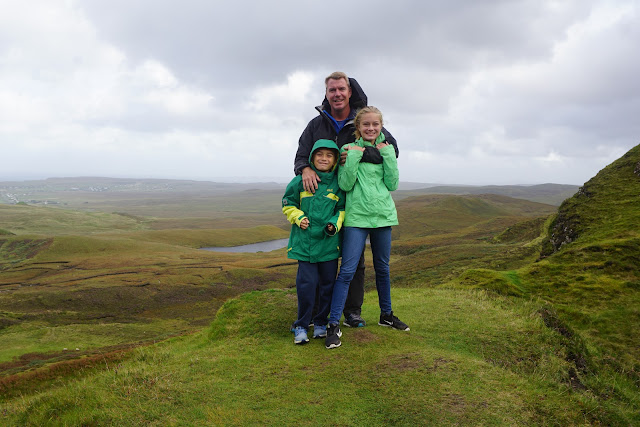 After staying in Uig for the night we started back towards Edinburgh to catch a very early flight the next day but before we left the Isle of Skye we stopped and hiked the Fairy Pools. Scotland was loved by all and someday we hope to return!! 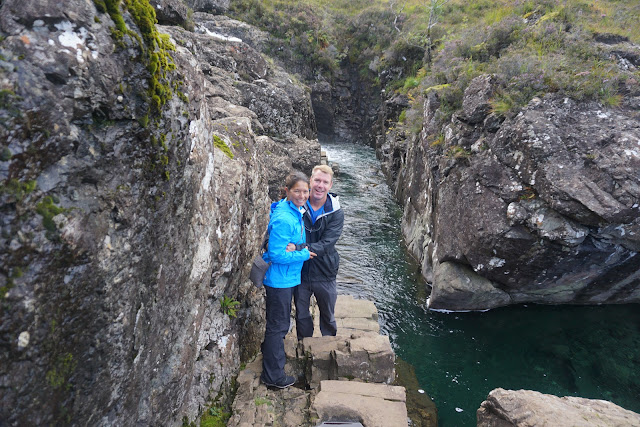