We have left the main island of Grenada and we are finally moving after arriving in Grenada in June. There is a lot of excitement on SandStar as we think about what will be ahead for us in the next few months.  We feel a bit out of practice with the boat, especially the sails. In the Bahamas we were going into the wind so much we rarely put the main sail up. Sailing is so much more peaceful and enjoyable than beating into it and we know we will get used to it and hopefully better at this sailing thing as we move north.

We are now in the last week of November and we are officially not in a hurry to be anywhere!! It is wild to think that we have no obligations to be in any particular spot until late January. This would be really unrealistic when we lived on land. We are now starting to question the day of the week every morning and we might know the month and we are usually pretty good knowing the year. During the first season we had a few more obligations and our schedule was heavily controlled by weather. It still is here but the weather is so much better in the southern Caribbean. There are no fronts where the wind clocks in all directions so you are not worried about having to find a 360 degree sheltered anchorage and there is the occasional rain but no lightning!!

For our first hop we are not going very far. We are heading to the island of Carriacou which is still part of the country of Grenada. We made a little side trip here in late July before hurricane season so we decided to skip the main harbor of Tyrell Bay and went straight to Sandy Island. It is a beautiful anchorage that is a national park. We spent a few days on a mooring ball enjoying some great snorkeling right from the boat. We also had a chance to enjoy some tasty lobster too!! 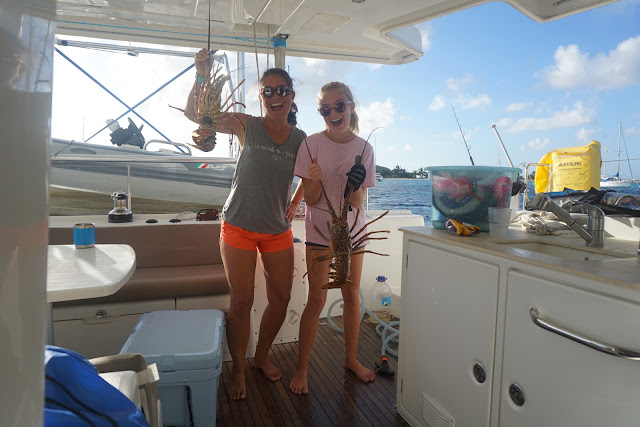 Our next stop would be Union Island which is part of the country of St. Vincent and the Grenadines. We could see Union Island from Sandy Island so the sail up was very short. This was not our favorite spot. As soon as we arrived we got a funny vibe from it so we decided just to check in with customs and immigration, eat lunch at a pretty cool café and then take off for one of the outer islands of the Grenadines.

The area that we are heading to is called the Tobago Cays. We have been looking forward to this stop for a long time. It is a protected area that is known for turtles, beautiful water and great snorkeling. But before we head out to the Tobago Cays we decided to spend some time in a small bay called Salt Whistle and the neighboring bay of Mayreau.

Salt Whistle Bay is tiny!! You have to get there pretty early in the day to get a spot to anchor or grab a mooring ball. We lucked out and got a front row spot and the bay was absolutely gorgeous!! We also realized that with the frenzy of getting the boat ready in Grenada we forgot to take our obligatory first day of school picture and decided this was the perfect setting. There were cool beach bars and we had some friends with us in the bay. The kids were able to paddleboard around on their own and up to the beach to dig lots of holes and play until they were exhausted.  This is also the area known for local “boat boys”. When you read about people interacting with the local boat boys a lot of time it is very negative but this was not our experience. When giving respect we also received respect from the locals. A “hello” and a few kind words goes a long way. As you can imagine with a bay this tiny and lots of charter boats in and out we were treated to a heavy dose of boat drama. Boats coming in to the anchorage in the dark hitting other boats, boats dragging into to reef etc… but the locals handled any drama swiftly and prevented damage to other boats.   This island is their livelihood. If a boat wrecks near the entrance and prevents others from getting in that will impact their ability to make a living on this island.


After a few days in Salt Whistle we moved around the corner to the bigger bay of Mayreau. We are still on the same island but this had a much different vibe. This bay is big enough for a small cruise ship to anchor for the day. We watched them arrive every morning and leave every evening. We also had a handful of boat friends in the bay and the boys had a Harry Potter movie party, we had lots of sundowners, some beach time, and a nice dinner on land with friends. We also started the month of December in Mayreau so it was time to get SandStar ready for Christmas. 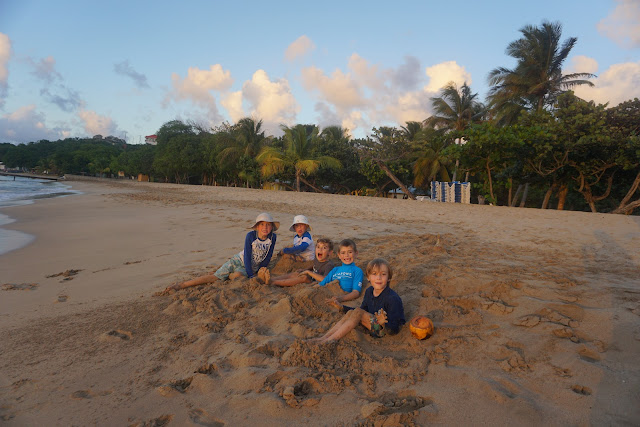 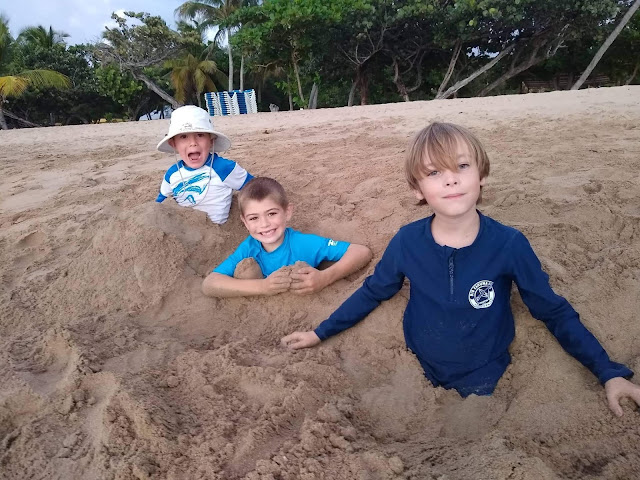 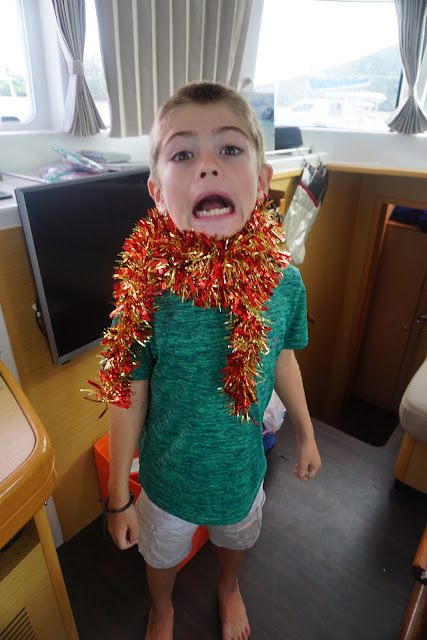 On to the star of the show for this part of our trip – the Tobago Cays. This anchorage felt like you are anchored right in the open ocean in turquoise blue water. So how does an anchorage like this work?? There was a huge reef that prevented the waves from coming into the anchorage so it really felt like you were anchored on the very edge of the Caribbean. We did lots of snorkeling and this is home to a turtle sanctuary so you could spot a turtle swimming around the boat anytime of the day. There were a few islands to visit that were also part of the park that you could hike and comb the beach for sea glass. The locals also provide an opportunity to have a beach BBQ dinner. Each table is hosted by a tent with a cook. You usually make your reservation with one of the boats that visits you in the anchorage earlier in the day. We decided to treat ourselves to dinner with our friends on SV SunSplash. We got to choose between chicken/ribs or lobster and then we had lots of sides that were served family style! 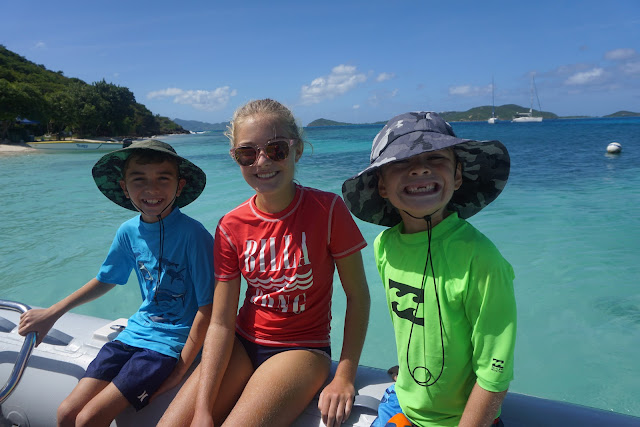 This was a great start to our second season on SandStar and now it is time to move north towards the island of Bequia.